Sometimes a concept is easier to grasp when it’s put into terms people can easily relate to. That’s why comparisons, metaphors, similes, parables, and fables are great rhetorical and literary devices. So what can we compare Loricism to that might help put it into better perspective? Loricism is akin to martial arts of the mind.

Loricism is Modeled in Part After Martial Arts

One of the biggest inspirations in Loricism is martial arts. Consider philosophy and rhetoric a martial art of the mind. Aristotle, in Rhetoric, said:

So it makes sense that because we encounter more mental and verbal opposition than the physical variety, we ought to train ourselves mentally to prepare ourselves to handle such opposition. These things are far more common than their physical counterparts, yet we see dozens of martial arts institutions in each city, where very few exist for the mind. Granted, higher learning is supposed to take on this responsibility, but little philosophy and communication is included in a standard curriculum (any major that doesn’t focus on either). A student may get one logic class and a couple communications classes in total. Some people don’t get these classes until later.

So we cannot rely on universities to handle this sort of thing. Imagine if everyone’s experience of martial arts was one semester in college. Would anyone be any good at it? No, not at all. So, in light of this, Loricism aims to reduce that deficit in training and knowledge to make the mental arts more common like the physical ones (not that martial arts aren’t mental).

Another key element of martial arts is the ranking system. It’s simply a matter of fact that styles that incorporate the belt system are more popular than those that do not use belts (Jeet Kune Do, Catch Wrestling). While there is nothing wrong with abstaining from this practice in martial arts, people are typically more motivated to stick with something that includes some reward system.

Belts are also a great way to measure progress. This helps for organization of instruction, and gives both instructors and students a simple way to know approximately where each person is in terms of their experience level. At a glance, one can get a better idea of where someone else is at, what their skill level might be, and it also helps with pairing people for drills and sparring.

Loricism takes inspiration from this, and includes its own ranking system for measuring progress and rewarding practitioners. There are currently levels 0-5. You can find more info on each level here.

What about the character development?

It’s true that a huge portion of Loricism is focused on developing oneself through self-improvement of a variety of traits. We want people to improve themselves, but we also understand that everything stems from the mind. Mastery of self starts with a change in mindset, perspective. All improvement of the self is a matter of choice, and since Loricism strives to increase conscious choices, making changes to behavior or thoughts begins in the mind. Even physical fitness begins in the mind. With that, though, how does character development fit in with martial arts?

Well, martial arts actually includes a lot of character development and self-exploration. The training itself induces self-exploration, and by virtue of being around the influence of other students who are also building character, along with the mentorship of a good instructor/master/sensei, we are able to enhance our own character.

Loricism values constant improvement of the self, ideas, and culture. Martial arts is constantly evolving; to see this in action just look at how mixed martial arts has changed since the first UFC. Even Brazilian Jiu Jitsu has made leaps and bounds since it started to become popular. New techniques are discovered all the time. This is because there are many minds involved in the process, and BJJ isn’t so dogmatic that it shuns these advancements, but embraces them, because it strengthens not only the art itself, but it takes practitioners to new heights. Loricism embraces evolution of ideas as well.

Another benefit of teaching self-improvement and communication in this manner is that it is far more effective than simply transferring the information without application of it. Think of the difference between a religious sermon or a science class as opposed to a martial arts lesson. How much practice and application happens in conjunction with the lecture portion in each of these? Taking anything and just relaying the information isn’t nearly as effective as including practical exercises and “lab work.”

This is critical. Many people who attend motivational seminars or boot camps often come away feeling more motivated immediately afterward, but it’s also very common for people to feel just as stuck as they were before the boot camp after that high wears off. The reason is because people need to apply information, not just attempt to absorb it. Loricism’s goal is to not only impart the information, but help people retain it and internalize it.

Imagine the work that goes into a ten-year commitment to getting a black belt. Imagine how good a person is after that amount of practice and dedication, as opposed to someone who simply took a semester of something in college.

Now imagine that level of proficiency in someone, only instead of martial arts it’s self-improvement and communication. 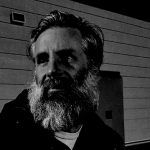 I believe in making the world a better place through spreading logic and reason. I believe everyone should focus on improving themselves over looking for other people to blame. I believe in free thought. I believe in justice and freedom. I believe we can solve problems by leveraging more minds and through improved communication. I believe in building people up.

People love to find excuses to avoid something. It’s one thing I’ve learned over the years from being a personal trainer, a

For as long as I can remember, people have been bitching about celebrities voicing their opinions. Should celebrity opinions matter? Doesn’t matter

The highest responsibility of any form of government is that of the application of justice. As government’s sole purpose for existing ought

What You Do Today Becomes Your Tomorrow

In Defense of the Psychological Bubble

Indoctrination entails spreading an idea by duress. It leaves the victim with no other choices. Control

We Shouldn’t Force Kids to Recite the Pledge

People love to find excuses to avoid something. It’s one thing I’ve learned over the years

The highest responsibility of any form of government is that of the application of justice. As

For as long as I can remember, people have been bitching about celebrities voicing their opinions.